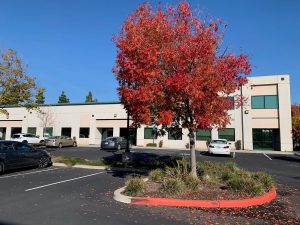 AG Microsystems Inc. is a pioneering technology company in Silicon Valley delivering cutting edge Optical MEMS products and solutions in the Fiber Optics and Optical Networking space. Having strengthened its role as a quality Optical MEMS chip supplier, AGM is expanding applications of its technology in emerging areas including 3D imaging, LIDAR, biomedical instrumentation, and VR/AR

Headquartered in Fremont, California, AGM has a global footprint with an office in Chengdu, China. This global presence allows AGM to effectively serve customers in both Asia and North America. AGM’s supply chain is mostly based in North America, while its products are shipped and used all over the world. AGM’s team of skilled professionals combine technical expertise in MEMS Design, Optics, Wafer Fabrication and Testing with a proven track record of market driven product development. At the same time, the AGM team is committed to working closely with our customers to provide solutions and support in meeting their near term and long term needs.

Since its inception, AGM has been uniquely poised to meet pressing demands in the marketplace with innovative solutions. During its founding phase in late 2005, AGM found itself fulfilling an urgent need for a major US customer, which, at the time, could not be fulfilled with their existing solution. By virtue of its small and focused team of engineers and key partnership with a MEMS foundry, AGM was able to develop the critical technology required to successfully bring the product to market in a short period of time.

Following the release of its first product, AGM expanded its customer base throughout Asia and the U.S. and is now supplying Optical MEMS devices to most of the top tier fiber optic component makers. Further significant breakthroughs at AGM were made in the areas of testing, design methodologies, and new foundry partners. The development of AGM’s automated test setup, which uses advanced measurement instruments with customized software, has enabled testing at much higher speeds and precision.

Expanding further, AGM developed a new technology for two axis MEMS micromirrors using comb drive actuation. This technology has numerous applications in fiber optics such as 1xN switches, NxN Cross-connect Switches, and Tunable Filter/Optical Channel Monitor, as well as applications in other emerging areas such as LIDAR, biomedical instrumentation, and 3D imaging. AGM’s product offering of a Two Axis MEMS Mirror for 1xN Optical Switches has been qualified at top tier customers and is in volume production. In addition, Mirror array products using 1D and 2D MEMS have been qualified and moving to volume production.

At the present time, AGM continues to expand its horizons, looking towards the development of new products in the Optical MEMS space, while continuing to build meaningful partnerships with customers and suppliers throughout North America, Asia, and Europe.

Asif A. Godil, CEO & Chairman of the Board

AGM was founded in July 2005 by Asif A. Godil, a visionary technical and business leader with a proven track record of bringing cutting edge technology to market to address real business needs. Prior to his work at AGM, Asif founded and built LIGHTCONNECT into a major supplier of MEMS-based fiber optic components and modules for the Telecom market. In June 2006, LIGHTCONNECT was successfully acquired by Neophotonics Corporation.

In the Optical MEMS space, a highly significant development was the GLV (Grating Light Valve)-based scanned projection display, which Asif co-invented and developed at Silicon Light Machines, the company where he worked prior to LIGHTCONNECT. After Asif completed his Ph.D. in Electrical Engineering from Stanford University, Sony invited him to spend a couple of years as a Visiting Scientist at its Research Center in Tokyo, Japan.

Bushra has experience developing new ventures and ideas as an entrepreneur in Silicon Valley. She is a valuable asset at AGM, involved with Business and Human Resource Development. She holds a Bachelor’s degree and a Master’s degree in Microbiology from the University of Karachi.